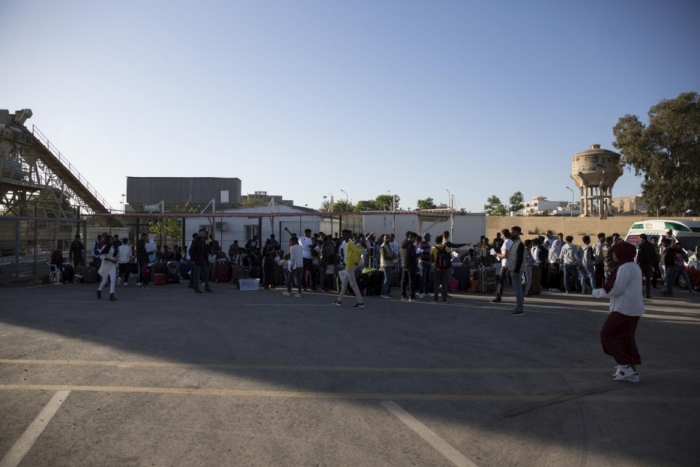 Rwanda, UNHCR & AU agree to evacuate refugees out of Libya 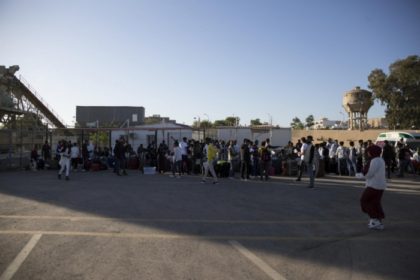 Rwanda, the UN refugee agency, UNHCR, and the African Union have signed this Tuesday a Memorandum of Understanding to set up a transit mechanism for evacuating refugees out of Libya.

Under the agreement, the Government of Rwanda will receive and provide protection to refugees and asylum-seekers who are currently being held in detention centers in Libya, a joint statement said, adding that the refugees will be transferred to safety in Rwanda on a voluntary basis.

A first group of 500 people, predominantly from the Horn of Africa, will be evacuated, including children and youth at risk. After their arrival, UNHCR will continue to pursue solutions for the evacuees.

While some may benefit from resettlement to third countries, others will be helped to return to countries where asylum had previously been granted, or to return to their home countries if it is safe to do so, the statement explained, noting that some may be given permission to remain in Rwanda subject to agreement by the competent authorities.

Evacuation flights are expected to begin in the coming weeks, and will be carried out in cooperation with Rwandan and Libyan authorities. The African Union will provide assistance with evacuations, strategic political support with training and coordination, and help to mobilize resources. UNHCR will provide protection services and necessary humanitarian assistance including food, water, accommodation, education and healthcare.

UNHCR urges the international community to contribute resources for the implementation of the agreement.

However, some 4,700 people are currently estimated to be held in dire conditions inside detention centers in Libya. They urgently need to be moved to safety and to be provided with protection, lifesaving assistance, and durable solutions, the statement said.

Insecurity and chaos have been rampant in Libya following the 2011 uprising that toppled former leader Muammar Gaddafi. The vacuum of power has prompted thousands of would be immigrants, mostly sub-Saharans, to choose the North African country as a launching pad to reach Europe.

However, because of the tough monitoring measures imposed by the Europeans on the sea route, the would-be immigrants found themselves prey to human traffickers or stranded in detention centers in dire living conditions.