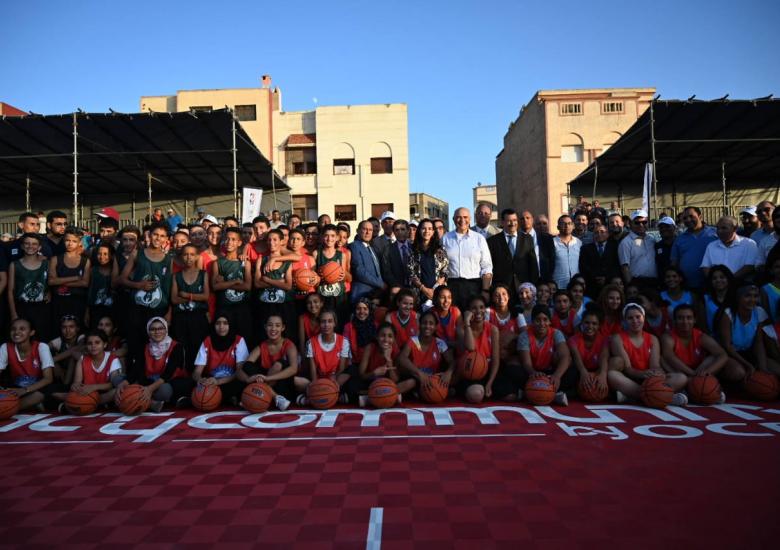 OCP, NBA team up to promote youth empowerment through sports in Morocco, Rwanda 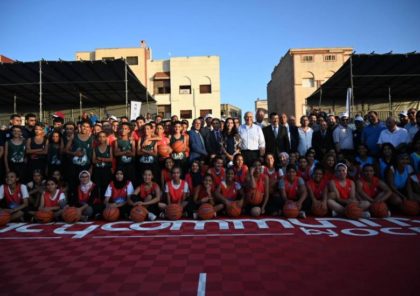 OCP Group and the National Basketball Association (NBA) tied a new multiyear partnership aiming at expanding the NBA Junior League programs in Morocco and Rwanda, but also at building new basketball courts in Khouribga and Benguerir (Morocco) and in Kigali, the Rwandan capital, while using the transformative power of basketball to empower Moroccan and Rwandan youth and their communities.

“I am always inspired by the talent and energy of our young people,” said Mr Terrab. “Sport has the power to change lives. The goal of this project is to help them develop their potential through a sport they love. We are very happy to be launching this great project with the NBA in Khouribga, Benguerir and Youssoufia where OCP has such an integral place in the community.”

“This partnership with the NBA is part of the OCP’s Act4Community initiative which is carried out by volunteers and one of its major objectives is development through sport,” the OCP CEO said.

“We are thrilled to partner with OCP Group to expand our Jr. NBA programming in Morocco and Rwanda,” said Mr. Amadou Gallo Fall. “As we continue to push the boundaries of accessibility to our game, this authentic partnership will contribute tremendously to inspire more youngsters to play the game of basketball and grow with its core values while also empowering coaches and program administrators as role models for the youth in their communities.”

Thanks to this new partnership, OCP Group and the NBA wish to ease the teaching of educational and sporting skills to young Moroccans and Rwandans. A partnership that will allow basketball to become an emancipation and empowerment tool for youngsters, and allow them to acquire the values of sports, develop their skills in communication and leadership, and increase their awareness of team spirit and solidarity, the OCP said in a press release.

Preoccupied by the socio-professional insertion of youth, in particular those from disadvantaged backgrounds, OCP understands that sports is a vehicle for strong human values. It is within this context that the project to implement an NBA Junior League in Morocco and Rwanda is born, it said.

The Jr. NBA programs in both countries will feature 30 boys and 30 girls school teams competing for their respective leagues’ championship. Each school team will represent one of the 30 NBA teams in each league and will receive corresponding NBA team-branded jerseys for their games.

This year, the NBA plans on reaching more than 51 million youth in 75 countries through league play, in-school programming, clinics, skills challenges, and other outreach events.

The Jr. NBA Benguerir League was launched at Salle Omnisport in Benguerir this Tuesday Sep. 10, while the Jr. NBA Kigali League will tip-off at Integrated Polytechnic Regional Center in Kigali, Rwanda on Sep. 21.