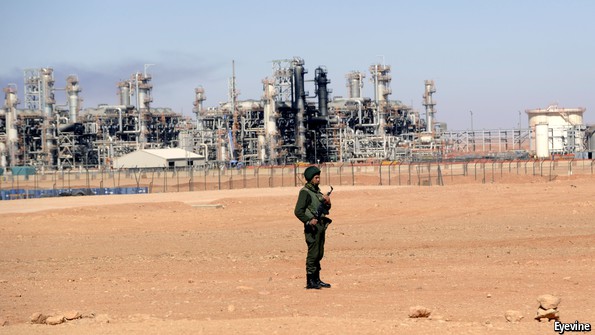 Algeria should brace for end of oil 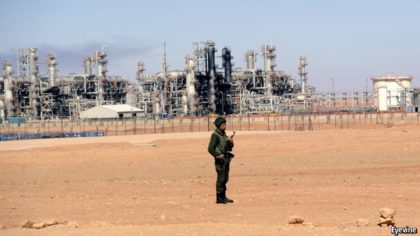 As pro-democracy protests continue to rattle the Algerian regime, Algeria marches ahead to an economic disaster as domestic energy consumptions nears levels of gas and oil production.

Oil and gas represent 95% of Algeria’s exports and 75% of state revenues, a situation showing a serious concentration of risks and exposure to volatility inherent to energy markets.

In neighboring Morocco, a country lacking oil and gas but with a much diversified economy, the 100 biggest companies represent only 37% of company taxes collected by the state.

What worries observers is that Algeria’s export volumes of oil and gas have been decreasing since 2008. In 2018, the then Algerian oil minister Mustapha Guitoni said that national energy consumption could soon take all Algeria’s oil and gas production.

The depletion of Algeria’s oil and gas resources is an imminent threat worsened by the lack of strategic reserves and the dilapidation of the oil mantra collected during the expensive oil era that came to an end in 2014.

The drop in oil and gas exports would undermine Algeria’s finances and further infuriate protesters who blame the regime for squandering the country’s natural resources.

Meanwhile Algeria has to address its destructive dependence on imports. The country imports $135 billion in food stuff while its neighbor Morocco covers most of its agricultural needs and exports $6 billion.

The depletion of oil and gas add to the combustible mix of unemployment, endemic corruption, inflation, time buying measures instead of structural reforms, restive south, residual terrorism and uncertain political future has put Algeria on the edge of implosion.

The North African country is feared to be a net gas importer of gas in two decades, warned the former Algerian energy minister Nourdine Ait-Laoussine.

By the end of Bouteflika’s era in 2019, after four mandates, the country will have spent $1000 billion in 20 years, thanks to non-renewable sources. This huge resource could have financed all the development needs of the African continent. Instead of being invested in developing Algeria, these colossal hydrocarbon revenues were used to entrench the authoritarian status quo creating propitious conditions for a looming destructive chaos.