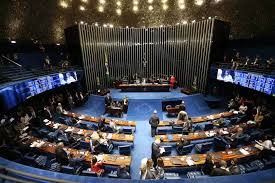 The Polisario leadership has been hit by another devastating setback in Latin America, a former bastion of the separatist group, backed by the Algerian regime, which is currently fighting for its survival under unprecedented popular revolt.

The latest of the long diplomatic and political failures suffered by the secessionists took place in Brazil where the Senate has adopted lately by with an overwhelming majority a resolution supporting the Moroccan plan for the Sahara, a plan which “respects the territorial integrity and national sovereignty of the Kingdom” of Morocco.

Adopted by 62 Senators out of 81, the motion says “Brazil supports the Moroccan autonomy plan for the Sahara, which is in line with the UN Security Council resolutions and the international community stand, backing a realistic and consensual political solution” to this regional conflict.

Davi Alcolumbre, the Senate Speaker, sent on Wednesday the Sahara resolution to the Minister of Foreign Affairs. Signed by senators representing both the majority and opposition, the motion shows the strong political support Morocco enjoys from both legislative institutions and the Brazilian executive.

In June, Brazil’s top diplomat Ernesto Araujo expressed his country’s full backing to the serious efforts made by the North African Kingdom to achieve a “realistic” solution to the Sahara issue, affirming that Brazil is willing to contribute to the various efforts aimed at finding a realistic solution to this regional conflict and go beyond rhetoric.

The support of Brazil to Morocco’s autonomy plan for the Sahara increases pressure on the Polisario leaders already destabilized by growing protests by the Sahrawis sequestered in the Tindouf camp, fed up with waiting for a way out to their predicament in deteriorating living conditions and impatiently waiting to join their brethren in Southern Morocco.