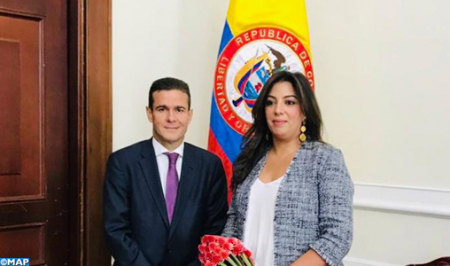 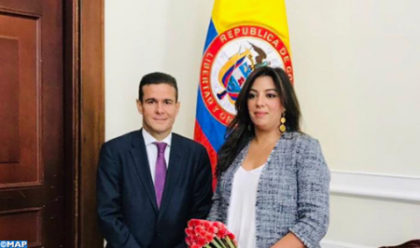 The newly elected Speaker of Colombia’s House of Representatives Carlos Alberto Cuenca, one of the signatories of the resolution adopted in 2018 by the Colombian parliament backing Morocco’s sovereignty and territorial integrity, has renewed his full support to Morocco’s supreme interests.

At a meeting held Monday in Bogota with Moroccan ambassador to Colombia Mrs. Farida Loudaya, Mr. Cuenca lauded the reforms and achievements accomplished by Morocco in various fields under the leadership of King Mohammed VI.

He also voiced his determination to reactivate and expand the Colombia-Morocco parliamentary friendship group to enhance cooperation between the two countries’ legislative institutions.

During the meeting, the two sides stressed the need to foster dialogue between the two countries MPs on several issues of common interest.

The Moroccan ambassador also conferred with the new chairman of the Foreign Affairs Committee Jaime Felipe Lozada Polanco on latest developments of the Sahara issue, the Moroccan-Colombian friendship ties as well as on economic cooperation prospects in trade, agriculture and tourism.

On this occasion, Mr. Lozada expressed his full support and that of the other members of the House foreign Affairs Committee to the sovereignty and territorial integrity of the North African country.