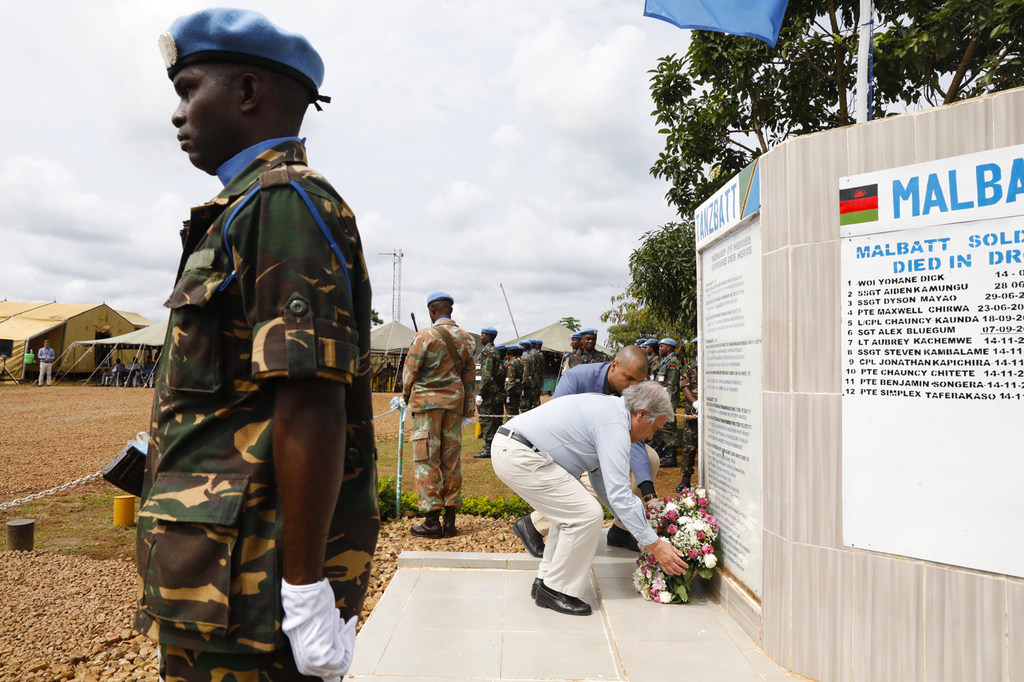 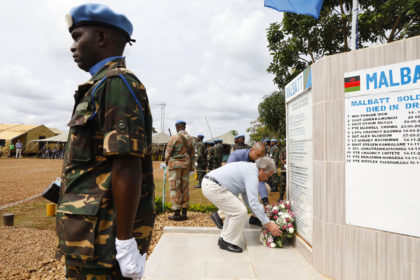 United Nations Secretary General António Guterres who started Saturday a three-day visit to the Democratic Republic of Congo promised that the UN Peacekeeping Mission in Congo (MONUSCO) would continue to support the Congolese army against armed groups.

At a press conference in Beni, on the second day of his visit to the DRC, António Guterres saluted the courage of the country’s citizens, as well as the sacrifice of the peacekeepers who have died serving them.

“I hope that my presence here today reaffirms my full support for MONUSCO, in the fight against armed groups who spread fear and death. MONUSCO, and its partners – the armed forces of RDC, and the Congolese national police – continue to work together to bring peace and security to the region”.

“The blue helmets have paid a heavy price in the service of peace. But this only strengthens our determination. We will do all that we can to put an end to the scourge of insecurity in this region,” he promised.

The town of Beni is at the epicenter of the country’s deadly Ebola epidemic, where, he said, the people of the region are also facing other serious problems, such as measles, malaria and cholera, as well as insecurity.

“It is important that the people of Beni know that “we have heard their cries of distress,” he said, calling on all armed groups to immediately end their attacks on the civilian population, and the security forces charged with protecting the Congolese people.

The Secretary General also visited the Mangina Ebola Treatment Centre on Sunday, where he expressed admiration for the resilience of the community, and pointed out the central importance of security in tackling the disease.

He urged the countries and organizations that have made financial commitments to support the Ebola response to honor their promises, so that the response can continue, uninterrupted, in all affected areas. “If we lose a week in the response to Ebola, we do not only lose a week: we can lose the war against Ebola,” he insisted.

The fight against insecurity will be on the agenda of his meeting Monday in Kinshasa with Congolese President Felix Tshisekedi.

The United Nations maintains one of its most important missions in the DRC with 16,000 troops in the force.