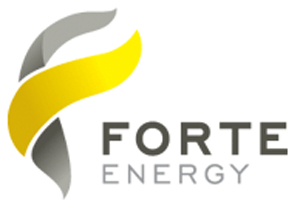 Forte Energy NL, an Australian-based minerals company formerly known as Murchison United NL, has sealed a contract with Wallis Drilling Africa. The deal will offer Forte Energy the license to drill almost 5,000m of NQ Aircore in the highly prospective areas close to the A238 prospect at Hassi Baida in Mauritania.

The company specializes in exploration, evaluation and development of uranium and energy-related projects worldwide. It has a portfolio of uranium projects in the Republic of Guinea and Mauritania. According to Forte Energy, drilling is planned to begin after the arrival of the drill rig to Mauritania around mid-May.

Eight different prospects within the Hassi Baida license will be drilled and they are all reported to have uranium in superficial calcrete deposits. The Hassi Baida site is located almost 50km north-east of the existing Forte Energy licenses and covers over 800 km2.  The 5,000m project will also include aircore scout drilling which will target blind, near surface metasomatite style uranium mineralization, along interpreted major structural corridors close to the A238 Prospect.

Forte Energy Managing Director Mark Riley, said the new drillings fall in line with its “strategy of proving up a number of economically viable deposits” within the area, covered by their license. He stated that the calcrete, as well as the metasomatite style deposits, lie in close proximity to the existing resources of the company. “Forte remains committed to being at the forefront of Mauritania’s uranium mining industry and looks forward to commencing the drilling campaign within the next month,” he concluded.

Forte Energy is on intensive exploration programs in the region for a couple of years. It describes Mauritania as an attractive opportunity with large tracts of prospective exploration ground including historical uranium prospects.