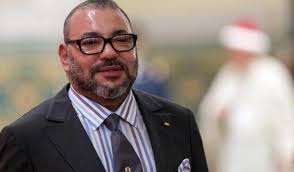 The Association of National Olympic Committees of Africa (ANOCA) has awarded the Olympic African Order of Merit to King Mohammed VI.

The distinction was handed over to Prince Moulay Rachid by ANOCA President, Algerian Mustapha Berraf, on the sidelines of the opening ceremony of the 12th African Games Monday.

Prince Moulay Rachid presided over the opening ceremony of the African games taking place in Morocco Aug.19 through 31.

The distinction was awarded to King Mohammed VI in recognition of his efforts to promote sports.

To strengthen the involvement of Moroccan youth in sports, the Mohammed VI Football Academy was inaugurated to promote football and enhance the training of talented Moroccan youth, and socio-sports centers as well as football stadiums, basketball courts, and swimming pools were set up.

A nationwide sports projects program, part of the National Initiative for Human Development (INDH), is underway and provides for the construction of over 800 social and sport complexes.

Under the program, worth 600 mln MAD, facilities will be built in rural and Peri-urban communes across the country.