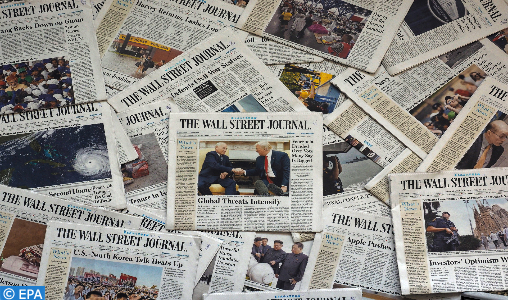 Non-settlement of Sahara issue, a threat for peace & stability in Sahara-Sahel region -WSJ 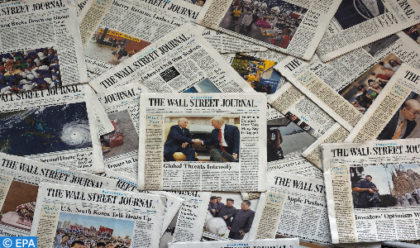 The non-settlement of the Sahara issue poses a threat for peace and stability in the Sahara-Sahel region and US policymakers are fully aware of the urgency to settle the regional conflict, notes the Wall Street Journal in a long article published Sunday.

The Polisario is a Marxist group linked to regional terrorism, so settling the Sahara conflict is an urgent matter to preserve the security in the region, states the US daily.

In a video posted on the daily’s website along the article on the Sahara issue, journalist Dion Nissenbaum surveys the genesis of the Algeria-backed separatist movement of Marxist obedience and how its connection with terror groups roaming in the Sahel-Sahara threatens peace and stability in the whole region.

The security situation in the region makes it urgent to settle the regional conflict and US policymakers are aware of this emergency, as failure to solve the issue could harm “one of the few remaining pockets of stability in North Africa, creating new opportunities for Islamic State or al Qaeda to expand,” the journalist underscores.

The administration of President Donald Trump that is facing up the terror threat on several fronts, is attentive to the situation in the Sahara and Sahel region, he notes, adding that the White House, being aware of the dangers posed by the SADR [the so-called republic self-proclaimed by the Polisario], is determined to end this conflict.

For the journalist, the dynamics underway under the auspices of the United Nations is the safest and cheapest option to arrive at a consensual outcome.

Besides, the United States made it clear that independence is not an option for settling the dispute over the Moroccan Sahara, and that it would not support a plan leading to a new state in Africa, he recalls.

“A new state in Africa may actually be less safe. If you try to establish a new country, it could create an area that insurgents and groups like the Islamic State could take advantage of and use as a safe haven,” says the journalist in the video, noting that Washington and Rabat share the same position in this regard.

Citing Western and Moroccan officials, the journalists affirms that the United States is supporting Morocco on the Sahara issue.

Actually, Washington has repeatedly expressed its backing to the Morocco-propose autonomy initiative for the Sahara as serious, credible and realistic.