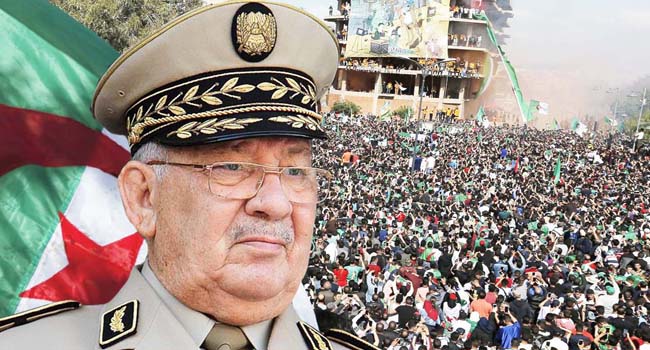 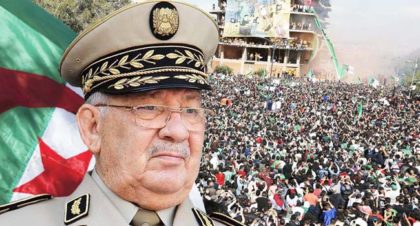 The power grab by the military after the departure of long-ruling Abdelaziz Bouteflika has aborted hopes for a transition to a civilian government, hijacking Algerians’ ambitions to a democratic state and compromising prospects for economic development amid worrisome economic indicators.

The army’s pull back from politics during the era of Bouteflika after a decades-long civil war is now reversed to direct interventionism further igniting protests that have dragged on for six months with no prospects for a peaceful transition in sight.

Using threats, force and intimidation, the Algerian army has long nurtured the idea that it is the backbone of the state in total disregard of the calls by protesters who chant every Friday “We want a civilian state and not a military one.”

The head of the army Gaid Salah answered “All the efforts that the military institution has made so far are efforts that essentially respect the supreme interest of the motherland.”

Decades after independence, the dominance of the military elites has subordinated civilian institutions which are now discredited by protesters.

As the political crisis drags on, little is done to avert an impending economic crisis inherent to a rentier economic model hinging on oil revenues.

The looming economic crisis will add a layer of complexity to an already complicated situation as it is only a matter of time before protesters shift focus from political demands to economic ones.

The untenable economic model depending on energy revenues failed to diversify the economy as oil and gas continue to represent 95% of exports, 40% of budget revenues and 30% of GDP.

Algeria will need a barrel price of 116 dollars at least to keep its current spending spree at a time when most optimist analysts see oil prices stabilizing at about 70 dollars per barrel.

This situation will undermine Algeria’s finances and its ability to maintain social peace through oil-rent distribution to maintain its lavish subsidies.

Instead of resorting to debt, Algeria opted for a detrimental money-printing policy generating 56 billion dollars that will surge inflation to about 5.9% in 2019 according to IMF projections.

Unemployment, a time-bomb, is also worsening from 10.5 a year earlier to 11.7 percent this year.

Algeria’s foreign exchange reserves dwindled dramatically from 193 billion dollars amassed by 2014 to about 72 billion dollars by the end of April 2019 with a forecast of further decrease to 47 billion by 2020.

Given that Algeria imports 70% of its needs, a debt crisis is looming in the absence of genuine economic reforms.