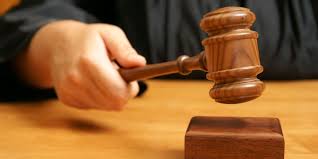 Several Moroccan senior officials will shortly be held to account in cases related to the squandering of public funds. These include former government officials, senior executives of public institutions, payment authorization officers, presidents of elected institutions, entrepreneurs and directors of consulting firms, reports Assabah daily in its weekend edition of August 10-11.

The daily, quoting sources close to the case, said arrests will be conducted right after the judicial recess.

The cases particularly concern officials who got excessively rich during their tenure, says the daily, adding that directors of several public institutions who were in office for over ten years will also be challenged after the cabinet reshuffle expected this fall.

Elected representatives who were mentioned in reports by several public audit commissions, including the General Inspectorate of Finance (IGF), the General Inspectorate of Territorial Administration (IGAT) or the Court of Auditors will be among the public figures to be held to account, the daily says, adding that the operation is part of efforts to moralize public life and implement the principle of correlation between responsibility and accountability.

Activation of these cases of public money squandering comes after the El Othmani government has shown no will to fight corruption. His accomplishments in this fight can be summed up in a few statements of intent, nothing more, comments the daily.

In another story, Assabah reports that the Court of Auditors will crack down on ministers, politicians, MPs, corporate CEOs and other senior officials who did not file their asset declaration or lied about their assets.

According to the daily, the Court of Auditors is about to publish a report on asset declarations that would expose practices punishable by the law.

Some officials actually overlooked in their asset declarations information on real estate, bank accounts especially abroad, shares in companies, investments in the stock market and in other sectors, as well as assets owned by a first or second spouse, by their children or their sons-in-law, notes the daily.