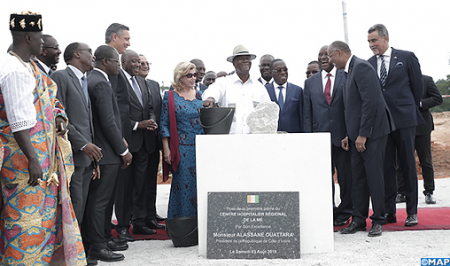 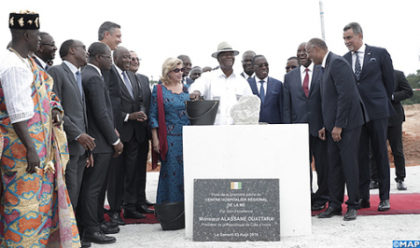 Agentis, a Moroccan company with proven expertise in the field of health infrastructure and Medical equipment manufacturing, Saturday launched the construction works of a hospital in Adzopé, 100 kilometers north of Abidjan.

The construction of this new facility worth $50 million is part of the implementation of a Memorandum of Understanding between Côte d’Ivoire and Agentis.

The facility will have a 200-bed capacity, and will provide a wide range of services including surgery, pediatric services, and obstetrics. The hospital will include three surgery blocks, x-ray rooms, ten dialysis centers, a laboratory, and emergency services.

Speaking on this occasion, President Alassane Ouattara welcomed the construction of this new hospital, noting that the new facility “will fill a significant gap in our health system”.

For his part, Agentis CEO, Adil Mesfioui, noted that this project as well as many other ones are part of a mutually beneficial South-South cooperation, as advocated by King Mohammed VI and the Ivorian Head of State

The Moroccan company had won last May a $97 million contract to build two regional hospitals in Côte D’Ivoire.

Besides the Adzopé hospital, the contract also concerns the construction and equipment of another Regional Hospital in the city of Aboisso (120 km south-east of Abidjan).

In addition to the two regional hospitals, Agentis will also build specialty centers in some existing hospitals. These include five health service hubs in the towns of Abengourou (medical imagery), Daoukro (emergency services), Seguela (emergency services), and Toumodi (traumatology), as well as in the small north-eastern town of Bouna (a laboratory, a surgery block, emergency services, a maternity ward and a pediatric unit).

Cooperation between Morocco and Côte d’Ivoire business communities mirrors an exemplary model of South-South cooperation and Moroccan companies are strongly present in the West African nation where the kingdom is the leading African country in term of investments.

In 2017, fourteen public-private and private-private economic partnership agreements were signed in the presence of King Mohammed VI and Ivorian President Alassane Ouattara.