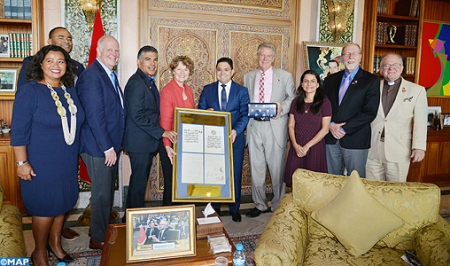 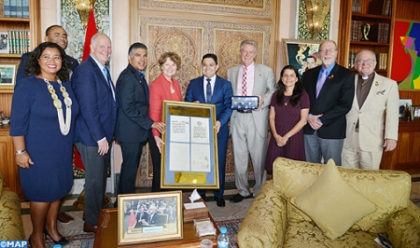 A US congressional delegation started Sunday a three-day visit to Morocco for talks with high-ranking Moroccan officials on ways to strengthen further the strategic relationship between the two countries.

The delegation, which is headed by Democrat Representative Frank Joseph Pallone, started contacts in Rabat Sunday by a meeting at the Ministry of Energy.

This Monday, the US delegation met with Foreign Minister Nasser Bourita.

“Yesterday, we went to the Ministry of Energy, and we were very impressed because Morocco produces more than 30% of its energy from renewable sources such as solar and wind power,” he said, adding that his country wishes to develop its cooperation with Morocco in this area.

As to the talks with Bourita, Congressman Pallone pointed out that they were an opportunity to discuss the means to step up bilateral military and trade cooperation.

He recalled, in this regard, that Morocco is the only African country to sign a Free Trade Agreement with the United States, noting that the Kingdom is a powerful ally of the United States.

Despite the delay in the US ambassador taking office in Rabat, a situation described by the acting American Chargé d’Affaires to Morocco, Jennifer Rasamimanana, as “normal”, Rabat and Washington have remained close allies under President Donald Trump.

In his congratulation message to King Mohammed VI on Throne Day celebrated last week, President Trump said that Morocco and the US need to continue working together to “accomplish a lot” on a wide-range of issues of shared interests.

“I am confident that we will build on our free trade agreement, our strong security partnership and our diverse cultural and educational ties to ensure a safer and more prosperous future for our two peoples,” the US president said in his cable.

Trump also expressed his country’s determination to continue cooperation with Morocco in the fight against extremism, the promotion of tolerance and religious understanding, and the promotion of common priorities in Africa.

On the same occasion, US Secretary of State Mike Pompeo underlined the importance of the strategic partnership existing between Morocco and the United States for the stability and development of the region of North Africa and the Middle East.

“We look forward to strengthening our relationship in the years to come. Ours is a strategic partnership based on our work to advance our shared vision of a secure, stable, and prosperous North Africa and Middle East”, Mike Pompeo said in a statement released by the State Department on Throne Day.