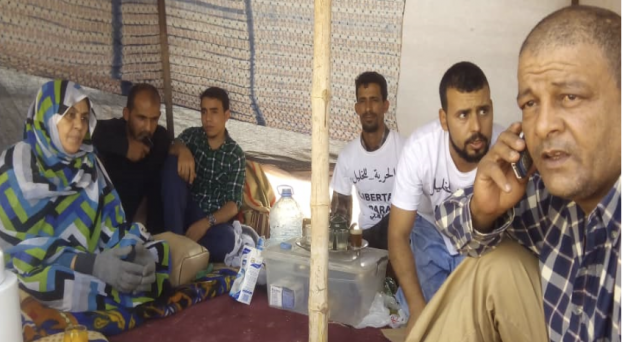 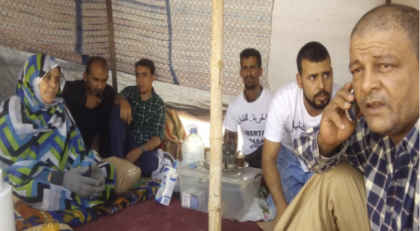 Hafdallah El Khalil Ould Braih, son of Ahmed Khalil, was taken lately to Rabouni hospital after fainting in front of UNHCR HQs while he was staging a sit-in with his family to demand the disclosure of the whereabouts of his father, a former Polisario leader kidnapped in Algiers.

For his part, Fadel Breïka, one of the three opponents to the polisario’s leadership, abducted and tossed in “Dhaibia” prison, had also been sent to Rabouni hospital, following the deterioration of his health condition.

Hafdallah El Khalil Ould Braih was staging a sit-in for 13 days with his mother and three brothers who were kept in the dark for a decade over the fate of their father, a former human rights adviser to the late Polisario leader.

He lost consciousness during the sit-in organized in front of the UNHCR. He was taken on Saturday to Rabouni hospital in critical conditions.

His father Ahmed Khalil, former Head of security of the camps, is still missing after ten years. The mystery of his disappearance remains unsolved.

His family believes the Algerian security services are involved in the mysterious disappearance of Ahmed Khalil who knows the polisario secrets and the crimes committed by the leaders of the separatist group, including its current leader Brahim Ghali, prosecuted in Spain for “war crimes” and “crimes against humanity”.