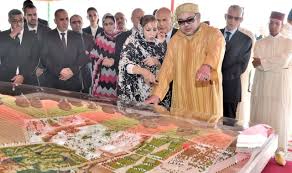 King Mohammed VI urged the government to carry out regulatory reforms and opening up some economic sectors in order to attract more foreign investments.

“Openness is a catalyst for investment and for the transfer of foreign expertise and know-how,” said the king in a speech on the twentieth anniversary of the Throne Day.

He said investment is a driver for improved services and better training opportunities as well as for creating jobs.

“Nevertheless, some sectors and liberal professions, for instance, need to be open to international expertise and competencies, and to private investment, both domestic and foreign,” said the Monarch.

He also voiced satisfaction at Morocco’s attractiveness for many international companies and businesses, “Because it is a sign of confidence in our country.”

However, he said the constraints imposed by some national laws, and the fear and hesitation characterizing the mindset of certain officials has sometimes isolated Morocco or led to damaging indecision.

“Those who refuse to open up to the outside world in certain sectors – which I do not want to name here – arguing that it leads to lost jobs, do not care about Moroccans but fear, instead, for their own personal interests,” said the king.

Foreign investment in those sectors would boost state efforts, not just by creating jobs, but also by promoting quality training, attracting expertise and showcasing successful experiences, he said.

“Our main ambition is for Morocco to join the ranks of developed nations,” said the King.