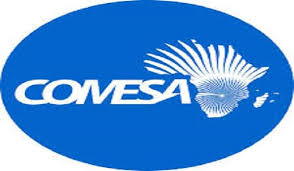 The African Development Bank (AfDB) has approved about $300 million to finance trade and economic development in the Common Market for Eastern and Southern Africa (COMESA).

The $300 million support facility for the Eastern and Southern African Trade & Development Bank (TDB) was announced on Wednesday.

The financing will promote broad-based economic growth on the African continent by making international trade easier. It will benefit no less than 43 financial institutions operating in over 15 regional member countries, catalyzing up to $2 billion worth of trade over the three-year period.

The project finance component will facilitate the delivery of export-oriented infrastructure, which will promote regional trade within the COMESA region.

The trade finance funding will boost the import-export trade activities of local corporate and SMEs, while the project finance component will support regional infrastructure development, all crucial for the attainment of the Bank’s strategic objectives under the High 5s.

With the implementation of the African Continental Free Trade Area (AfCFTA) “this will promote widespread economic growth on the African continent by facilitating international trade,” AfDB said in a statement.