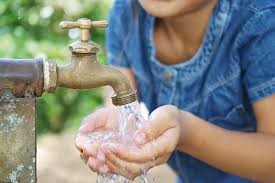 L’Agence Française de Developpement will extend Morocco a loan of €50 million and a subsidy of €1 million to secure access to drinking water in the Northern provinces of the Kingdom.

The related agreement was signed Wednesday in Rabat by the French Development Agency (AFD) and the National Office of Electricity and Water (ONEE).

The AFD is thus raising to €101 million its participation in financing the ONEE-run program as the two institutions had signed a first agreement in December 2018, amounting to €50 million.

The program, to cost €115 million, is meant to ensure access to safe drinking water in the provinces of Al Hoceima, Driouch, Nador, and Taounate, in both urban and rural areas, said the French agency in a statement. The program is expected to benefit 150,000 people.

In the rural areas in the Northern provinces, access to drinking water is at 86% as opposed to the national average of 96.5%.

The €1 million grant from AFD will be used to carry out studies and capacity building actions, the statement said.

This partnership between AFD and ONEE should make it possible to generalize and secure access to drinking water for residents of the Northern provinces. The project will contribute to reducing inequalities in access to public services by strengthening the region’s resilience to climate change, while improving the quality of drinking water service, the statement said.

According to AFD, it is planned to mobilize perennial surface resources, namely the Bouhouda and Asfalou dams (Taounate province), in order to cope with the increased depletion of underground resources and the significant reduction in rainfall expected in the coming decades.

For AFD’s director in Morocco, Mihoub Mezouaghi, “this project contributes to the achievement of Sustainable Development Goal 6 (SDG-6): a positive impact is expected both on health and on economic and social development of the zone.”

He notes that with this project, the water supply time will be reduced and the quality of the resource improved. “It is also about contributing to the preservation of the water resource through the reduction of leaks, the improvement of network efficiency and the mobilization of sustainable resources,” he was quoted as saying in the AFD statement.