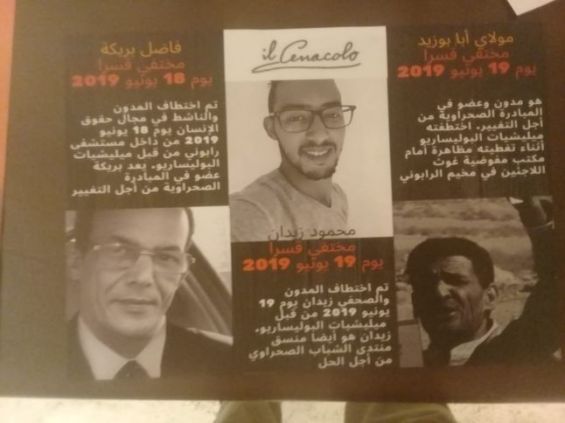 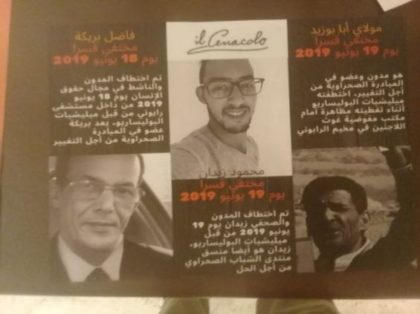 The whereabouts of the three Sahrawi activists, who were arrested on June 17 by the Polisario armed militias, is finally known. They are held in Dhaibiya prison, Katba Sidi Ahmadi said in a statement he released after he visited his detained cousin Moulay Abba Bouzid.

He described the poor conditions of the detention of his relative. After his arrest, the Sahrawi pro-democracy blogger “was interrogated in a secret place for 36 hours, blindfolded and handcuffed,” says the statement.

“Throughout the ordeal, he was filmed without prior notice. He only realized that when his head hit the camera,” adds Katba Sidi Ahmadi.

The detainee was then transferred to the headquarters of a “gendarmerie” station at Rabouni camp, “where he has been held for seven days in a toilet”. “On June 22, someone came into his ‘cell’ and administered him an injection in two of his fingers, while he was blindfolded,” Katba Sidi Ahmadi said, adding that under the threat of torture, his cousin was forced to sign the minutes of his interrogation.

So far, the families of the other two detainees made no comments.