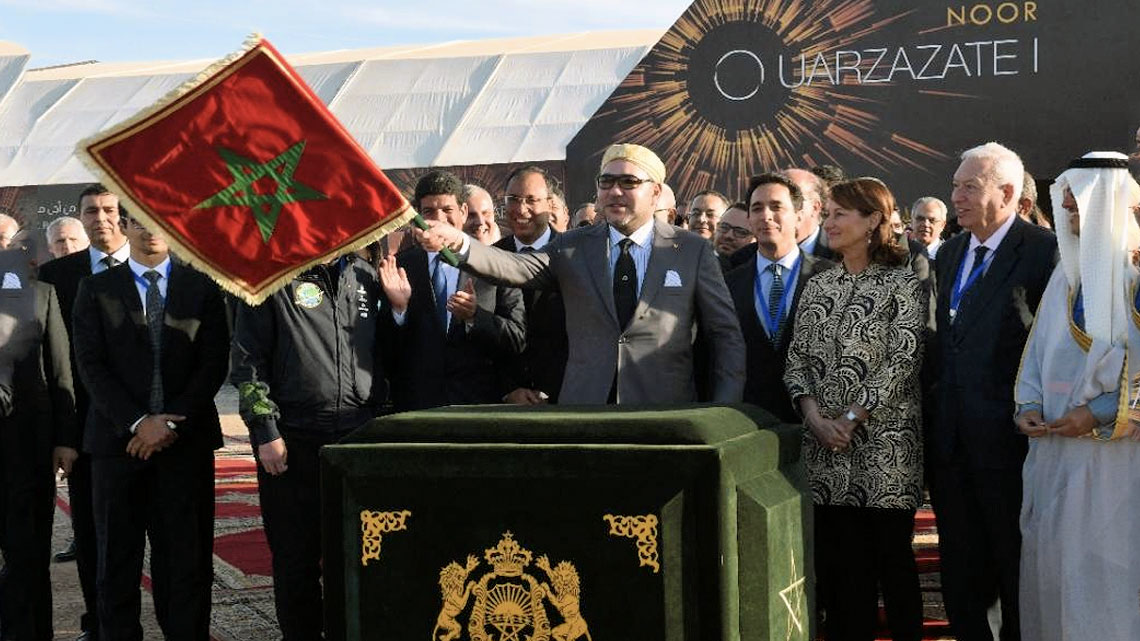 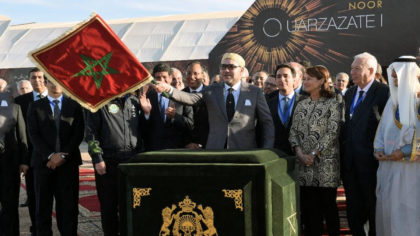 Morocco, which imports most of its needs of energy, is steadily reducing its dependence on imports thanks to efforts spearheaded by King Mohammed VI to increase the share of renewable energy in the national energy mix to over 52% by 2030.

King Mohammed VI, who supervises the national program for the development of renewable energy kept stressing on the importance of achieving Morocco’s energy independence.

In the last decade, Morocco made concerted efforts to implement the new energy strategy which emphasizes on the use of renewable energy through the setting up of a special agency for renewable energy, MASEN.

In this connection, the launch of the 580MW Noor Ouarzazate in 2013 was a landmark event. Stretching over 3000 hectares, the plant became last year the largest of its kind in the world with a capacity to power a city the size of Prague or twice the size of Marrakech.

Last year, Morocco completed two solar farms in the southern Saharan provinces of Laayoune and Boujdour with a joint capacity of 100 MW. These two plants were built thanks to green bonds, a first in the kingdom’s history.

These power plants are part of the new development model for the southern provinces, to which over 77 billion dirhams have been dedicated to improve infrastructure and the inhabitants’ living conditions.

As part of the same project, Morocco launched a tender process for Noor Midelt II which will generate 190 MW in peak hours with a capacity of up to 230 MW combining both photovoltaic and concentrated solar power technology.

Concerning wind, Morocco prepares to switch on wind farms notably the Midelt 180MW plant and the 100 MW plant in Taza as well as the repowering of Koudia El Baida wind farm with 120 MW capacity.

Thanks to such project, the North African country is already ahead of schedule in producing 42% of its energy needs from renewable sources by 2020.

Morocco also combined its renewable energy strategy with an energy efficiency dimension focusing on the rational use of electricity in public buildings and mosques where the use of solar power is encouraged.

Besides cutting imports, the new energy strategy is also in line with the Kingdom’s climate commitment notably cutting greenhouse gas emissions by 42%. A commitment that was further highlighted at the UN climate summit COP22 hosted by Morocco in November 2016 in Marrakech.