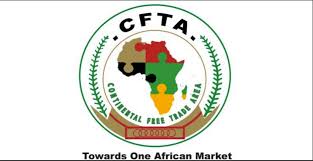 According to a statement posted on the presidency’s Twitter feed, Nigeria would sign onto the deal at the upcoming African Union extraordinary summit in Niamey, Niger.

The Summit is taking place to celebrate the Entry into Force of the AfCFTA Agreement and to launch the Operational Phase of AfCFTA Market, which also includes launching the AfCFTA Consultative Dialogue Framework.

“Our position is very simple, we support free trade as long as it is fair and conducted on an equitable basis,” the Twitter feed quoted President Muhammadu Buhari as saying.

The architects of the AfCFTA hope that the deal will encourage inter-African trade, currently at 17 percent of all African exports, by eliminating complex and disjointed trade agreements across the region.

In addition to creating a massive market of 1.2 billion people with a combined GDP of more than $2.2 trillion, the AfCFTA also eliminates 90 percent of tariffs which proponents say will encourage foreign direct investment by creating and easing entry into a larger, single, seamless market for goods and services.

Nigeria, the largest economy on the continent, was one of the last countries that had not committed to signing the deal.

President Muhammadu Buhari had expressed concern it could allow neighboring countries to inundate Nigeria with low-priced goods that could affect local businesses.

In a more integrated African market, textiles and apparel, leather, wood and paper, vehicles, and transportation equipment are some of the industrial goods expected to benefit the most, as are vegetables, fruits, nuts, beverages, and meat products.