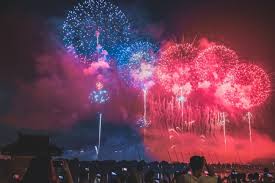 The first China-Africa economic and trade expo kicks-off this Thursday in the central Chinese city of Changsha with the participation of over 1,400 guests and traders from 52 African countries.

Launched under the framework of the Forum on China-Africa Cooperation, the expo will establish a new mechanism for economic and trade cooperation between China and African countries.

According to China news agency Xinhua, the expo is meant to promote Sino-African cooperation in fields such as trade, agriculture, investment and finance, infrastructure construction and cooperative industrial zone development.

A number of deals will be signed during the expo to run till June 29. The event features conferences, forums and exhibitions, the news agency said.

Last week, the United Nations Economic Commission for Africa (UNECA) hailed the launch of the China-Africa Economic and Trade Expo as a platform that will further boost trade and economic ties between the two sides.

The bi-annual expo is part of a slew of promises made by President Xi Jinping during last September’s Forum on China–Africa Cooperation (FOCAC) in Beijing.

In his address to African leaders, Xi proposed eight initiatives aimed at pursuing a “win-win” strategy giving new impetus to economic, political, and security collaboration. Xi had specifically pointed to the changing global dynamics, noting how the international order was changing and emerging nations were rising.

China is Africa’s largest trading partner but it exports far more than it imports and African businesses are trying to devise new strategies for tapping into the huge Chinese domestic market.

China’s commitment to balancing the “win-win” strategy with Africa comes as it faces allegations from American officials and others of encouraging dependency and debt.