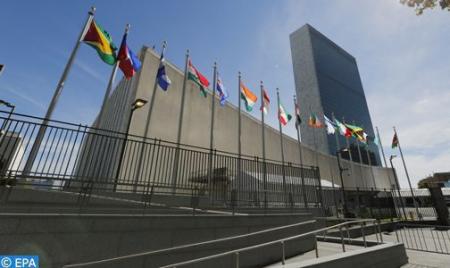 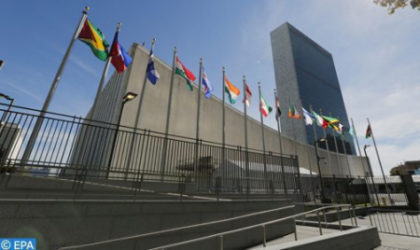 Burundi, Comoros and Gambia have expressed support for Morocco’s territorial integrity and sovereignty in the Sahara at a UN meeting saying that the Moroccan autonomy proposal to settle the Sahara issue represents a win-win solution.

“The delegation of Burundi considers that Morocco’s autonomy initiative stands as a compromise solution in conformity with international law, the UN Charter and UN Security Council Resolutions,” Burundi’s permanent UN representative Albert Shiiingiro said at a meeting of the United Nations Committee of 24 in New York.

He said the surge of instability in the region makes settling the Sahara conflict an urgent necessity, adding that a lasting solution to the dispute would pave the way for Maghreb Integration.

The latest round of talks held in Geneva (in December 2018 and March 2019) adds impetus to a negotiation process, he said while putting emphasis on the need for a spirit of compromise to reach a political and lasting solution.

The Burundian diplomat praised Morocco’s development approach in the Sahara notably after the launch of the new development model for the southern provinces in 2015.

During the same meeting of the Committee of 24, the Comoros also expressed its full support to the Moroccan autonomy initiative, which paves the way to “a positive settlement” of the Sahara issue in accordance with international law and the resolutions of the General Assembly and the Security Council.

“We wish to reaffirm our full support to the initiative of the Kingdom of Morocco, whose objective is to grant autonomy to this region, through the organization of successful local democratic elections, as well as through economic and social development, in order to ensure a better life and better living conditions to the Sahara populations,” the representative of the Comoros pointed out at this meeting.

The fact that the Moroccan autonomy initiative “meets international standards for devolution of power to local populations underlines the voluntarily inclusive aspect of the process,” he noted.

Shedding light on “the worrying living conditions in the Tindouf camps” and the absence of any census of the populations, in violation of international humanitarian law, the diplomat said the Office of the High Commissioner for Refugees can act effectively and freely, within the framework of its mandate, in favor of vulnerable populations that are victim of this conflict that has lasted too long.

Echoing the Comoros’ delegate, Gambia’s permanent representative to the UN said the Gambian Government strongly supports the Moroccan Autonomy Initiative as “a viable” solution to the Sahara conflict. This proposal is “a realistic, credible and compromise-based solution to put an end to the conflict in the Sahara,” he said.

He also congratulated Morocco for its vision and its continued efforts aimed at improving the living conditions of the Sahara populations.

The Gambian diplomat mentioned in this regard the new development model launched in 2015, which clearly shows the commitment of Morocco to promoting investments, developing infrastructure and ensuring the socio-economic development to the population of the Sahara region.

This $ 8 billion project will undoubtedly help create jobs and give people in the southern provinces of the Kingdom the means to reach their full potential, he said.

A peaceful resolution of this dispute will give new impetus to cooperation and contribute to stability and development in the whole Sahel region, he went on.
To this end, he reiterated his country’s full support for the ongoing United Nations political process aimed at reaching a fair, lasting and mutually acceptable political solution to the Sahara conflict.

Two-thirds of African states have recently at a conference in Marrakech stressed the importance of the UN process to resolve the Sahara issue while lauding Morocco’s autonomy initiative.