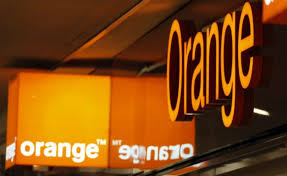 France’s leading telecommunications company Orange is eying an investment in the sector in Ethiopia.

Orange is one of the leading contenders seeking to benefit from the end of state-controlled Ethio Telecom’s monopoly, pushed by Prime Minister Abiy Ahmed.

According to Reuters, the Ethiopian government aims to award telecom licenses by the end of 2019, with the new operators expected to launch services next year.

Chinese companies Huawei and ZTE and Sweden’s Ericsson have been involved in developing infrastructure for Ethio Telecom over the past few years.

Africa and the Middle East are Orange’s fastest-growing regions. The telecoms group controls 17 operators on the continent.

The sector liberalization has been an attractive prospect for investors even before Abiy Ahmed came to power, as the East African nation was the last large closed telecommunications market on the continent.

While the 100m-strong market is attractive, investors will face several significant challenges. The most prominent one is that the Ethiopian government has repeatedly switched off telecommunications services to curb protests.