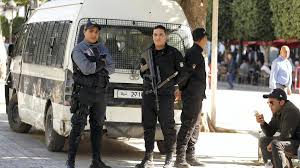 A first verdict by the Court of First Instance pressed two years in jail against a local construction contractor for joining the terror group in 2013. After he spent two years with the organization in Syria, he returned home, Asharq al-awsat reports.

Five other convicts, all of them Tunisians, were tried in absentia and sentenced to 36 years in prison.
In a separate report, the media says the army destroyed five hideouts used by terrorists in the mountains of El Kef province in northwest Tunisia.

The forces seized conventional mines and chemicals for manufacturing explosives and bombs, as well as live ammunition and mobile phone devices connected to explosive electric wires.

The ministry of defense arrested during the raid in El Kef, a 32-year-old man suspected of supplying terrorist elements with money and food, the media said.

The ministry believes the man was linked to a sleeper terrorist cell and was delivering intelligence on activities and movements of military and security forces, ashard al-awsat notes.