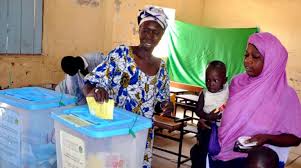 Mauritania at a crossroads with this weekend polls

Mauritanians are heading to polls this weekend to elect a new president in what is expected to be the West African country’s first peaceful transfer of power since independence from France in 1960.

In the capital Nouakchott, where the desert’s vast expanses wash into the capital, tensions are growing after a campaign marred by violence.

President Mohammed Ould Abdel Aziz will step down after serving two five-year terms since he took power in a coup in 2008.

The 62-year-old president’s moderate governing style and ability to contain the threat of terrorism from the restive south and neighboring Mali, has been lauded by the public.

His longtime ally, former general Mohamed Ould Ghazouani, is the frontrunner among the six candidates in the presidential polls. Ghazouani’s main challenger is Sidi Mohamed Ould Boubacar, who hopes to win enough support to secure a runoff vote on July 6.

Boubacar is backed by a coalition led by the main opposition movement, Islamist party Tewassoul, and by Franco-Mauritanian businessman Mohamed Ould Bouamatou, a longtime thorn in the side of the regime.

The opposition has warned of a potential “hold-up” of the election and accused the Independent National Electoral Commission (CENI) of being totally biased in favor of the candidate of the regime.

The authorities rejected an opposition request to invite foreign observers during the vote.