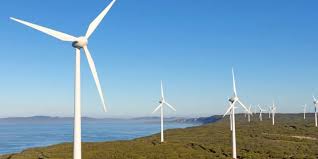 According to local media, Lekela Egypt Wind Power BOO, a subsidiary of Lekela Power, an independent power producer (IPP) based in Amsterdam, Netherlands, will use the loan to develop the Ras Gharib 250 MW wind project in the Gulf of Suez, in northeastern Egypt.

The area has a high wind power generation potential (Wind Atlas), which experiences strong winds that sometimes reach a speed of up to 12 kilometers per hour. For this reason, it is estimated that the western side of the Gulf of Suez can host about 20,000 MW installed capacity of wind farms.

Lekela Egypt has received a clearance from the New and Renewable Energy Authority (NREA), the institution responsible for managing renewable energy projects in Egypt.

The electricity produced by the Ras Gharib wind farms will be sold to the Egyptian Electricity Transmission Company (EETC), under a 20-year power purchase agreement (PPA).

Lekela is seeking the support of several other financial partners such as the World Bank, which is expected to contribute $82 million to the project.

Lekela is also seeking an $81 million support from the European Bank for Reconstruction and Development (EBRD).