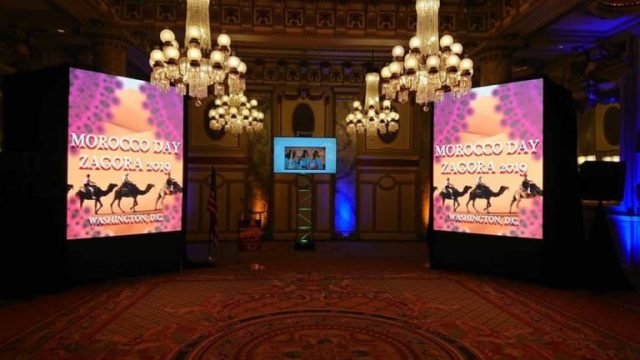 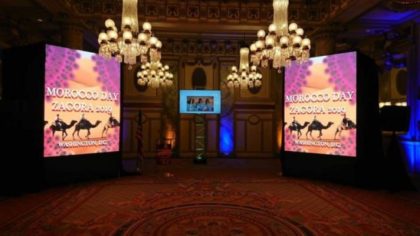 The city of Alexandria, Virginia, celebrated its official “Morocco Day” last Saturday, June 9, at the initiative of Moroccan American Network (MAN) and its president Mohammed Hajjam.

“This is monumental because Alexandria, one of America’s oldest cities, is home to 10,000 Moroccans; it is a great place for entrepreneurship and tourism,” Justin Wilson, Mayor of Alexandria, Virginia, was quoted as saying by the news website Morocco World News.

The event highlighted Zagora, a city located in southeastern Morocco’s Draa-Tafilalet region, as a cultural, environmental, and tourist destination for American visitors.

“This event organized primarily to encourage small and medium-sized Moroccan businesses that work in the field of Tourism to connect with their American counterpart,” Mohammed Hajjam, CEO of AVA Actions, told the news portal.

The Moroccan American Network plans to celebrate twelve other regions of Morocco in the upcoming years, the aim being to introduce Moroccan cities to America and open the door for the exchange of experiences between businessmen from the US and their counterparts in Morocco.

“We have a road map for twelve regions and we have a great team to do this in the next few years”, Mohammed Hajjam said, adding that the festival “is meant to be a window through which the Americans look to Morocco to explore its history and its cultural heritage.”

The first celebration of Morocco Day in the USA was held in Washington, D.C., on March 29, after the mayor of the district, Muriel Bowser, declared March 29 “Morocco Day” to celebrate the country’s culture and diversity.

Part of the Morocco Day celebration, the Moroccan American Network promised that a group of American businessmen and politicians would also visit Zagora in September to explore the potential of the city.

The Moroccan network, in partnership with a group of doctors from the US, will organize a medical convoy to Zagora to provide medical help to the local population. The medical team will consist of pediatricians, internists, surgeons, and dentists.

The 2019 Morocco Day program is scheduled to conclude with a field trip to four US cities: New York, Miami, Dallas, and Washington, D.C, where meetings will be held between businessmen, politicians, educators, and investors of Moroccan origin.