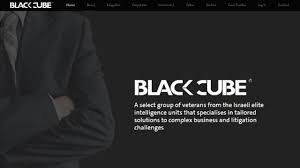 Former leader of the Democratic Republic of Congo (DRC) had employed two ex-agents of the Israeli foreign secret service to spy on his opponents, an Israeli TV show has revealed.

Joseph Kabila who led the country between 2001 and 2019 hired in late 2015 Black Cube, an Israeli secret company to gather intelligence on his detractors and also on his allies that he suspected for betraying him, according to Israeli TV show, Uvda.

“Kabila wanted to know everything that was going on at opposition meetings,” one of the secret agents told the show on condition of anonymity.

The company, according to the agent, even set up a secret operation room in a Kinshasa hotel.

Actually, Black Cube claims to use Israeli Mossad procedures to hire out its services to the highest bidder and goes after international as well as Israeli activists, business people, and politicians.

Kabila, whose coalition dominates the Congolese government and Senate has not commented on the allegations. Back Cube, however, lodged a lawsuit against Uvda and its host, Ilana Dayan, demanding £15 million (€16.8 million) in damages, France24 reports.

The alleged revelations caused stirs among the Congolese opposition. Eve Bazaiba, general secretary of the opposition Movement for the Liberation of the Congo (MLC) reportedly fumed over the allegation, saying “Kabila was more concerned about keeping his power instead of worrying about his people’s concerns.”

Olivier Kamitatu, a former minister under Kabila but also one of his fierce critics, stressed that the former leader was undemocratic.

“We know very well that in the Democratic Republic of Kabila’s time, the word ‘Democratic’ was nothing more than an adjective.”