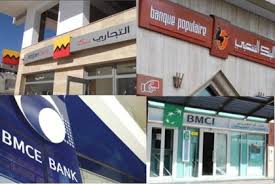 Moroccan banks have invested more than $1.8 billion in 25 African countries between 2007-2017, says a report released by the Moroccan ministry of economy & finance.

These investments represent 52.2 pc of total Moroccan funds injected in Africa. Over 16.4 pc of the Moroccan investments were made in the telecom sector, 12.3 pc in industry and 5.8 pc in insurance, adds the report.

Morocco has become a key investor in Sub-Saharan Africa owing to the strength of its financial sector. Its banks operating in Africa enable Moroccan and European businesses to expand in the continent.

Moroccan banks have branches in over 20 African countries, mostly in West Africa but some banks such as BMCE and Attijariwafa bank have opened branches in non-French speaking countries.

The purchase of Barclays Egypt in 2016 by Attijariwafa shows the Moroccan bank’s ambition to expand across the continent. For its part, Banque Centrale Populaire has announced plans to penetrate East African countries such as Rwanda, Kenya and Ethiopia.

The report on the hand urged Moroccan commercial banks operating in Africa to explore the growth opportunities offered by Islamic finance in the region.

“The expertise acquired by those banks in the Moroccan market and the partnerships they developed with leading partners affiliated with Gulf countries are decisive advantages to use to gain a profitable position in this specific segment in some markets like Senegal, Mali, Cameroon, and Nigeria,” the report read.

According to the ministry, several studies show that Africa would record a huge growth in Islamic finance now that various regulations are in place.