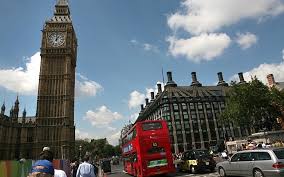 UK Foils Iranian Terror Plot in 2015; Covers It up (Telegraph)

The British security services caught in 2015 terrorists, linked to Hezbollah, the Lebanese militant group backed by Iran, stockpiling three tons of explosive materials on the outskirts of London in a secret bomb factory, reported Daily Telegraph.

The explosive materials were stashed in disposable ice packs containing ammonium nitrate, a common ingredient in homemade bombs, said the newspaper, explaining that it was more than what was used in the Oklahoma City bombing that killed 168 people and damaged hundreds of buildings.

The plot was uncovered by MI5 and the Metropolitan Police in the autumn of 2015, just months after the UK joined the US and other world powers in signing the Iran nuclear deal, says the paper, noting that the Hezbollah bombing plot was never disclosed to the public to avoid botching up the agreement sealed with Tehran.

The Iranian plot was discovered thanks to a tip provided by a foreign intelligence agency. The Police raided four properties in north-west London and a man in his forties was arrested on suspicion of plotting terrorism, but was eventually released without charges.

According to Daily Telegraph, the plot was part of a wider Hezbollah plan to lay the groundwork for future attacks. In 2008, Britain blacklisted Hezbollah’s military wing but had until now made no move against its political wing.

Last year, US President Donald Trump pulled out of the Iran nuclear deal and introduced some of the most robust economic sanctions on Tehran.

In June, the US Administration blacklisted the Iranian Revolutionary Guard Corps as a terrorist organization, the first time the US has so designated part of another country’s government.