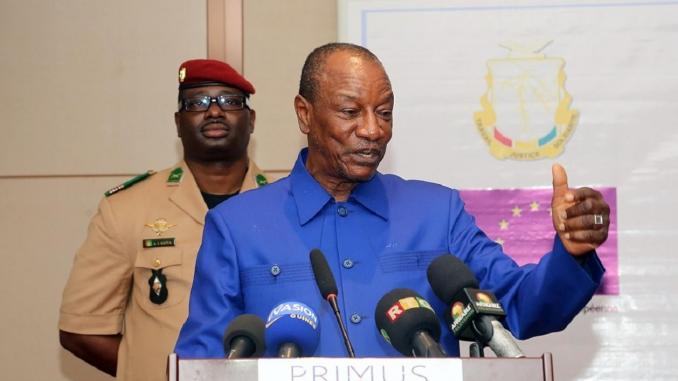 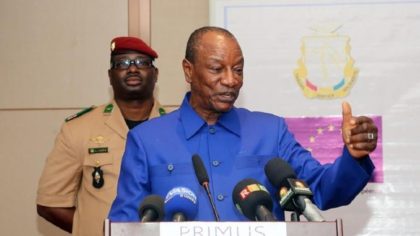 Guinea’s Minister of Justice has resigned from his position in protest against President Alpha Conde’s alleged plans to run for a third term after his current tenure ends in 2020.

Cheick Sako, in a letter to President Conde, pinned his resignation on his personal stance against a constitutional amendment that will allow the former opposition leader to seek a third term in office, AFP reports.

The minister also protested against his being sidelined in the drafting of the constitutional amendments.
A source close to Sako told AFP that the state official has threw in the towel in protest against interference into the judicial affairs.

President Alpha Conde, 81, has not made public his plans to seek a third term but his party, last week, urged him to submit his plans to a national referendum, reports say.

Sako’s resignation received support from the National Front for the Constitution Defense (FNDC) a movement created in April to stand in the way to a third mandate by the President.

The FNDC in a statement stressed that Sako’s withdrawal from cabinet confirms Conde’s plans for constitutional change and called on other ministers and members of state institutions to oppose a third term in office.

Ibrahim Bangoura, Vice President of the Union of Republican Forces, a political party, told AFP that the government has lost its credibility with Sako’s resignation who was key minister in Conde’s administration.