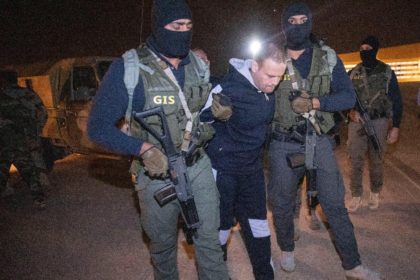 Ashmawi, 41, a former military personnel, became a notorious terrorist in 2014 and a top figure of North Sinai-based ‘Ansar Bait Al-Maqdis’ with involvement in many attacks across the country.

Egyptian authorities put the man on their wanted terrorists list. They blame Ashwawi for involvement in the assassination of Prosecutor-General Hisham Barakat in June 2015 and in an earlier attempt to assassinate Egypt’s former Minister of Interior Mohamed Ibrahim in May 2013, Egyptian Streets reports.

The former military fled in 2014 to Libya after sustaining injuries in an attack on a military checkpoint in Farafra Oasis in Egypt’s Western Desert.

He was arrested by Haftar forces in Derna, East of Libya, in October last year.

While in Libya, Ashmawi reportedly became the leader of a terror branch in Derna, with loyalties to Al-Qaeda.

According to Egyptians authorities, he orchestrated May 2017 attacks on Christian pilgrims in Egypt’s Minya governorate that killed 28 Coptic Christians.

President al-Sisi welcomed the cooperation in a tweet noting that the war on terror is not over.

“The war on terrorism has not ended and will not end until the right of every martyr who died for the sake of the country is restored,” he said.