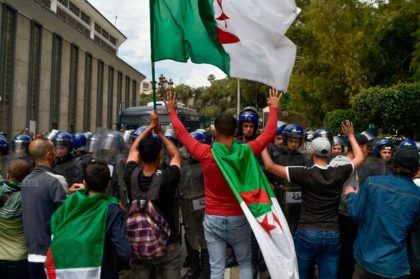 Only two candidates have submitted their applications for the July 4 presidential elections that most likely would not take place as political forces shunned the process.

The Constitutional Council Saturday announced that it received two candidacies for the July presidential elections to mark the end of the 90-day transition that followed the resignation of the former longtime ruler, Abdelaziz Bouteflika.

Abdelhakim Hemadi and Hamid Touahri, are unknown to the general public though Hemadi made news already in 2014 and in April this year to run for the presidential elections.

April elections were cancelled after Bouteflika was forced to resign, early April under army and street pressure.

The majority of political leaders and organizations have rejected the political process demanding a complete overhaul of the Bouteflika regime.