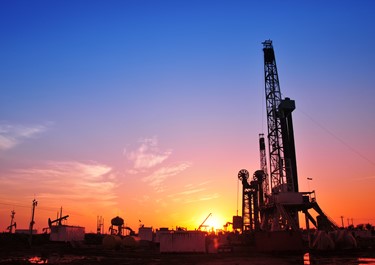 Sound Energy, the Moroccan focused upstream gas company, said a sale of the East Morocco operations would be a preferred option ahead of the final investment decision for the well TE-5 production area.

In August 2018, Sound Energy signed an eight-year petroleum agreement that pulled together the Tendrara and Matarka exploration areas into one license and also brought long-term partner Schlumberger in with a direct interest.

Sound holds 47.5% of the area, alongside Schlumberger, which has a 27.5% direct interest and the state’s oil and gas authority ONHYM, which retains a 25% stake.

Recent exploration has already seen Sound hit substantial additional quantities of gas at Tendrara through the TE-6 and TE-7 wells.

However, the company reported that the A1 prospect 19km from Tendrara was disappointing, while the TE-9 and TE-10 wells proved uncommercial with further exploration suspended while the company reviews its options.

“Whilst clearly disappointed with the outcome of the recent well test at TE-10, the team and I are encouraged to have delivered gas to surface from another TAGI discovery and remain confident in the potential of our Eastern Morocco basin,” James Parsons, Chief Executive Officer, said.