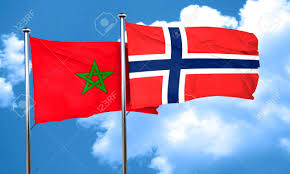 The two Norwegian students expelled lately from Morocco were “deliberately” sent back to the Kingdom to provoke an incident, catch the attention and stir the emotion of the Norwegian people, says a press release issued by the Moroccan Embassy in Oslo.

Following the news published by Norwegian newspapers on the arrest and deportation of two Norwegian students by Moroccan authorities on Monday, the Moroccan Embassy in Oslo says it knows the profound and sincere attachment of the Norwegian people to the legality, explaining that the status of an observer, all over the world, includes competencies and legal procedures.

“No country on Earth, including Norway, would ever accept students be credibly designated as observers” having the required competencies to observe trials”, adds the press release.

It recalls the meeting the Moroccan Ambassador held on April 4th with the Bergen Student Society to discuss with them openly the issue.

During this meeting, the Ambassador explained to the students and the representatives of the “Western Sahara Committee” that, if they really want to play a fair and positive role in the peace negotiations, they should first stop provoking incidents just to manipulate their public opinions.

“This conflict has generated too much pain and sorrow on the ground, and Morocco regrets that Nordic students can be used to distract the parties involved from the positive confidence building measures the UN Secretary General has generated”, stresses the communiqué.

The Moroccan embassy notes that all Norwegian organizations and individuals that wished to attend the trials of the murderers of Maren Ueland and her Danish colleague respected the process of their accreditation.

Finally, the embassy regrets that all the stories that have been published are exactly the same.
They are all copied from one source: the “Western Sahara Committee” website and are thus repeating a hostile and erroneous wording that is contrary to the official position of the UN and the allies of Norway.

It is worth nothing that the Polisario paramilitary forces forbid the United Nations to access the Tindouf camps in Southern Algeria, to count the camps inhabitants, sequestered by the polisario militia, which are armed, funded and sheltered by the Algerian regime to undermine Morocco’s territorial integrity.