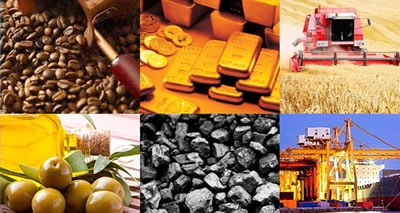 The number of countries that depend on commodities has reached its highest level in 20 years, says a new UNCTAD report, noting that commodity dependence affects developing countries almost exclusively.

According to the State of Commodity Dependence Report 2019 released last week, dependence on commodities affects 85% of least developed countries, 81% of landlocked developing countries and 57% of small island developing states.

The hardest-hit region is Sub-Saharan Africa where 89% of countries are commodity-dependent. It is followed by the MENA region, where 65% of countries depend on commodities.

UNCTAD defines a country as dependent on commodities when these account for more than 60% of its total merchandise exports in value terms. An economy’s dependence on commodity exports increases vulnerability to adverse external shocks and price fluctuations.

According to the UNCTAD, about 64 countries that mostly export commodities recorded a dramatic economic downturn, even recession recently.

More than half of the world’s countries (102 out of 189) and two thirds of developing countries are dependent on commodities, the report indicates.

The dominant groups of exported products changed in only 25% of countries between 2013 and 2017, partly due to changes in commodity prices.

Relative price fluctuations among the different commodity groups contributed to changes in the dominant product groups exported, as the prices of energy and minerals increased much more than those of agricultural and manufactured goods.

“Given that commodity dependence often negatively impacts a country’s economic development, it is important and urgent to reduce it to make faster progress towards meeting the sustainable development goals,” said UNCTAD Secretary-General Mukhisa Kituyi.