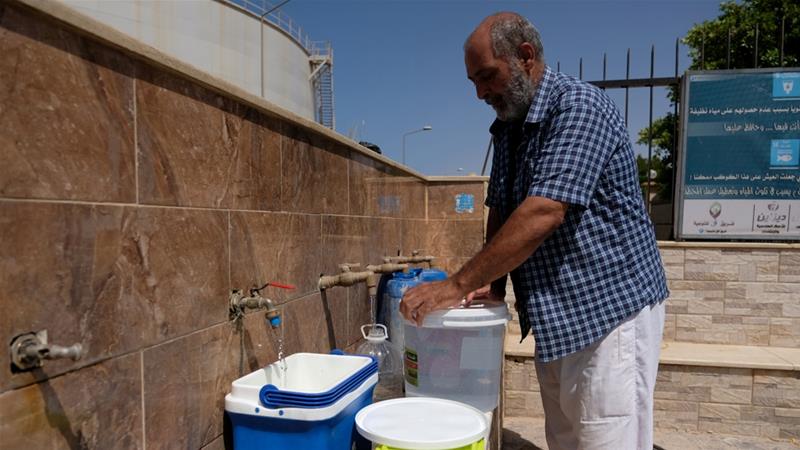 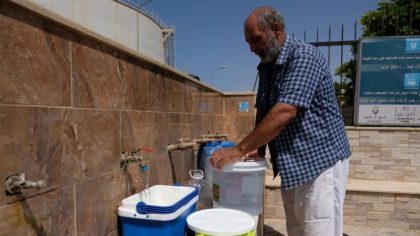 The water supply to the 2.5 million residents of Tripoli has been restored Tuesday, two days after they were cut off by gunmen, allowing the besieged capital to escape shortages that could have caused a humanitarian crisis.

“The Great Man-Made River project belongs to all Libyans and will not be affected by Libyan armed forces,” said bin Nayel, who is in charge of the Barak military zone.

The authority in charge of the Great Man-Made River also confirmed the resumption of supplies.

“The crisis of halting water supplies has ended and flows have started,” the authority said in a statement.

Water has been cut off in Tripoli and neighboring districts after an armed group shut off operations at the main power supply plant amid the ongoing military confrontation between UN-backed Government of National Accord (GNA) and forces loyal to east-based military commander Khalifa Haftar who launched early last month an offensive to capture the Libyan capital.

The UN had branded the attack on civilian infrastructure “war crime”.

The UN Humanitarian Coordinator for Libya, Maria Ribeiro, condemned the attack on the civilian infrastructure in a statement on Monday.

“Such attacks against civilian infrastructure … may be considered war crimes,” she was quoted by Al Jazeera as saying.

The action on the water supply woud have increased the plight of Tripoli inhabitants who have been under siege with the military GNA-LNA showdown.

Over 500 people have lost their lives since the beginning of the Haftar-launched offensive early April. Close to 75,000 have been forced to leave their homes while UN figures put number of wounded to nearly 2,500.