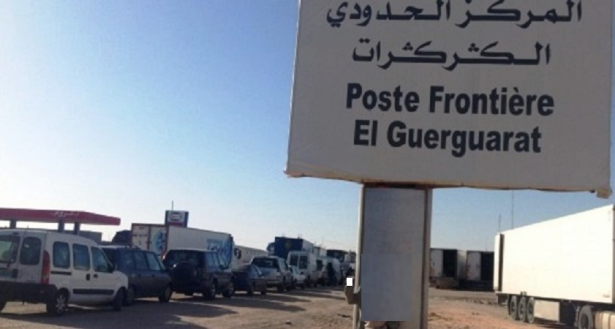 Morocco tightens grip on traffickers in border crossing with Mauritania 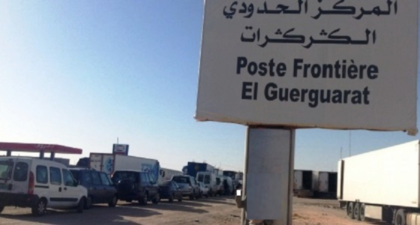 Morocco is stepping up its crackdown on traffickers in the border crossing with Mauritania, Guerguarat, which by the past witnessed tensions between Moroccan army and Polisario militias who attempted to hinder the flow of traffic.

As the noose tightens on traffickers, a customs officer was attacked in his car by an unknown gang that also stole administrative documents, the Moroccan press reported.

The customs administration said that the incident came as customs officers were doing their job of controlling cars and goods heading to Mauritania.

Assabah newspaper noted that following the attack on the customs officer, the Moroccan army launched an operation to unlock the blockage imposed by some armed Polisario men beyond the gate where hundreds of trucks were stopped.

The same newspapers warned that some importers of Chinese goods have diverted their shipments from Casablanca to a Mauritanian port in order to avoid paying custom duties.

Queuing at the Guerguarat border crossing will soon be a thing of the past as Morocco plans to open a new crossing near Amgala in order to add momentum to trade in the city of Smara, Assabah noted.

The new crossing will stimulate trade with Mauritania and Mali in the Moroccan city, it said.

In 2016, Morocco launched a large-scale crackdown on traffickers in Guerguarat beyond the wall followed by the pavement of 3 kilometers towards the Mauritanian borders.

North Africa Post's news desk is composed of journalists and editors, who are constantly working to provide new and accurate stories to NAP readers.
NEWER POSTMufti of Jerusalem lauds Morocco for its support for Palestinians Rights
OLDER POSTMorocco, Africa’s most attractive country for renewable energy-Report