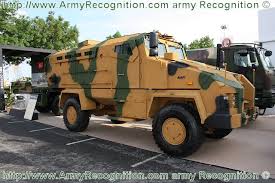 he UN-backed Government of National Accord (GNA) unloaded Saturday a dozen of armored military vehicles, shipped from Turkey in what appears as Ankara’s support for the GNA counter-operation to keep at bay forces of east-based military commander Khalifa Haftar who seek to overtake the Libyan capital.

The vehicles were offloaded from a Moldavian cargo ship named “AMAZON” which sailed from the Turkish port of Samsun.

AMAZON is managed by a Turkish company named AKDENİZ RORO SEA, according to the media.

The shipment came few weeks after the GNA openly called on Turkey to provide whatsoever in view of countering Haftar’s offensive.

The military equipment violates a UN embargo imposed on the country since 2011.

Qatar and Turkey have backed the GNA while Haftar has been receiving support from Egypt, the UAE, Saudi Arabia and Russia and recently from US President Donald Trump.

The Saturday shipment is reportedly not the first one from Turkey. Mohamed Eljarh, a Libyan analyst told London-based The New Arab that Ankara ran impromptu flights between Turkey and Misrata for alleged delivery of drones since the beginning of the offensive.

The comments were confirmed by Khaled al-Meshri, president of Libya’s High Council, who indicated that the GNA had obtained unmanned drones and modified them to counter Haftar’s war planes and aerial surveillance capabilities, according to British media The Independent.

Khalifa Haftar early April launched a military operation to capture Tripoli, which, he said, is controlled by Muslim Brotherhood and terror groups.