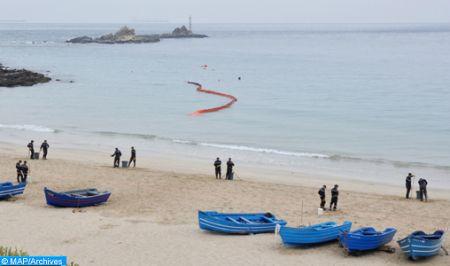 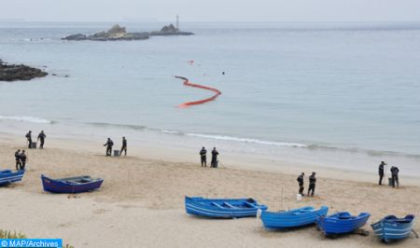 The boats were carrying 169 sub-Saharan nationals who were attempting to cross to Europe.

The immigrants were brought safe and sound to Moroccan Mediterranean ports, the military source added.

Also on Sunday evening, Morocco, which is tightening grip on human traffickers, nabbed in the Northern city of Asilah a Malian national suspected of involvement in illegal immigration and human trafficking operations.

Policemen nabbed the suspect, 35, when they raided three apartments to arrest 39 Sub-Saharan illegal immigrants who were intending to reach Spain by sea, the national police said in a statement.

The Malian national was placed in custody while investigations are still underway to arrest the main suspect in the illegal operations who has been identified, the national police said.

So far this year, 25,000 migrants have been stopped from illegally crossing into Spain from Morocco, which has become one of the main gateways for migrants looking to reach Europe.

In 2018, Morocco foiled 89,000 illegal migration attempts to Europe and dismantled 229 trafficking networks as the country became the main gate for migrants willing to risk their lives in the Mediterranean Sea to reach Europe.

According to the National Observatory for Migration, 80 pc of the illegal migrants stopped last year by Moroccan authorities were from Sub-Sahara Africa.

Last year, Morocco rescued 29,715 illegal migrants at sea while 5,608 chose to voluntary return to their home countries. The North African Kingdom has regularized the situation of over 50,000 migrants, in two campaigns, providing them protection and assistance as well as access to health care and education services, including professional and vocational training.