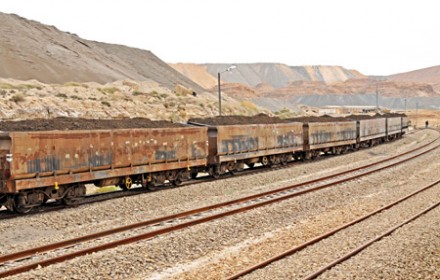 Tunisia: Phosphate transportation back into service 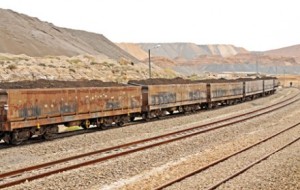 The Tunisian ministry of transport has announced and made public on Thursday the information that the railway from the Redeyef mine has begun service since the 19th of this month. The railway transports phosphate from the mine site but has been laying idle for almost two years.
It is run by the state owned Tunisian National Railways Company (SNCFT) which has been trying to rejuvenate its activities after the end of the revolution which led to the departure of President Ben Ali.
The government is hoping that the commencement of the railway will bring in much needed revenue for the government because the Redeyef is one of the major phosphate production sites in the Gafsa mine basin. The basin is located in the southwestern part of the country.
There are also hopes that it will contribute to the modernization efforts and the strengthening of the National Railways Company which has been heavily affected by the revolution.
The government has been looking for extra funds to support its reforms and revive the economy as its powerful tourism industry is yet to recover. It has discussed a standby loan agreement with the International Monetary Fund and the Caretaker President, Moncef Marzouki, is on a trip to one of Europe’s strongest economy, Germany, to consolidate Tunisian-German economic co-operation, particularly in matters of commercial exchanges, energy and tourism.
The revival of the railway shows that the government is working towards bringing the halted activities back to their normal routines but the state of security and political crisis between the political factions and certain Islamic groups will make it a challenge.