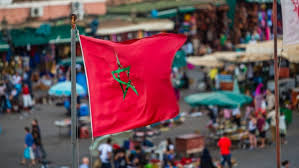 Morocco has confirmed its position as one of the top performing African economies, topping the Moubarack Lo ranking of emerging countries in 2017.

The ranking, published for the second time by the research Group “Institut de l’Emergence”, headed by Senegalese economist and statistics engineer Moubarack Lo, was released on Wednesday in Dakar.

Based on the Synthetic Index of Economic Emergence (ISEME) designed by Mubarack Lo, the ranking takes into account four dimensions: inclusive wealth, economic dynamism, structural transformation, and good integration into the global economy, notes a statement by the Dakar-based research Group

Morocco and South Africa are the countries that have made the most progress and are the only countries to be considered as emerging countries. They “are the best performing countries”, in 2017, according to the research group which surveys the performances of 45 African countries.

Morocco and South Africa have already emerged as the continent’s best performing countries in the 2016 ranking.

Liberia, the Central African Republic and Burundi came at the bottom of the ranking and are labeled as “underdeveloped countries”.