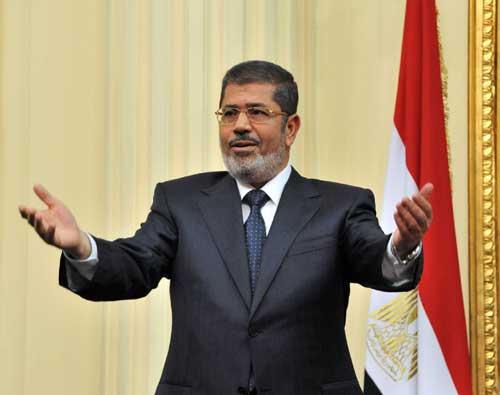 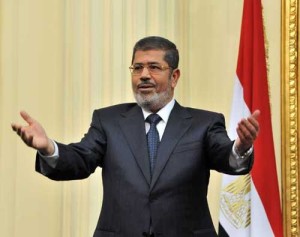 At the end of his two-day visit to India, the Egyptian president has expressed his expectations of joining the group of fast growing economies known as the BRICS; an acronym for Brazil, Russia, India, China and recent member South Africa. President Morsy was speaking at a business forum when he said “Egypt is hoping to join this group.”
He has been invited to attend their next summit to be held in South Africa this month and hopes that Egypt will be able to make the group become “E-BRICS with ‘E’ standing for Egypt.” The president suggested that the group should concentrate on the proposals of establishing a joint south-south investment bank which will support development and socio-economic projects. According to the president, Egypt is on the path to a “new era” of development.
The president believes that the bilateral trade agreements that it has concluded in India will contribute to achieving “political stability and start a new era of economic development.” He hopes that the bilateral trade between them could jump from the current $5.2 billion to $10 billion “within the next few years”. Seven agreements have been signed between Egypt and India in diverse sectors. A Memorandum of Understanding (MoU) on the sharing of information against cyber attacks and cooperation in Information and Communication Technology, including in e-governance and e-education, IT and electronics hardware, sharing of experiences in the creation of Technology Parks and IT clusters.
Before his departure, Morsy witnessed another signing of a MoU between the Small Industries Development Bank of India (SIDBI), Social Fund for Development Egypt and the World Bank. SIDBI will be engaged in creating employment, income generation ventures and promotion of the relationship between the two countries in Egypt.