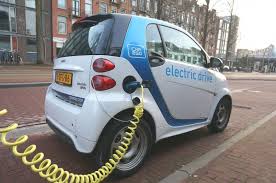 Sirieco, a Slovak company plans to set up a plant in Nigeria, to assemble electric cars and manufacture the new-generation incandescent bulbs, the company’s CEO Groidis Peter announced during a recent visit to the West African nation.

The plant will be located at Calabar in Cross River State, southeast Nigeria, Groidis Peter said.

The Governor of Cross River State said the government has offered to build Sirieco’s factory free of charge in order to encourage them to set up.

“Once we have achieved this goal, the youth of Cross River will gradually begin to benefit from technology transfer,” the Governor said.

According to the CEO of Sirieco, the company wants to establish a strong working relationship with the Cross-River State government that will lead to the creation of a center that will be second to none in Africa.

He took the opportunity to address journalists in Cross River State to announce that his company also intends to install a plant to produce energy-efficient light bulbs for street lighting.

Sirieco Company is not the only automotive company interested in electric power in Nigeria. In 2018, PSC Solar, the research and development arm of PSC Industries, announced its intention to install electric vehicle charging stations in several African countries, including Nigeria, Benin, Ghana and Niger.

Electric vehicles are a novel and eco-friendly technology designed to reduce man’s dependence on fossil fuel, and potentially a threat to the conventional fuel car market. Top auto assemblers like Volvo, a Swedish vehicle manufacturer, has committed to fitting every car it produced by 2019 with electric or hybrid engines, just as Germany’s BMW plans to mass-produce EVs by 2020, offering 12 models by 2025.