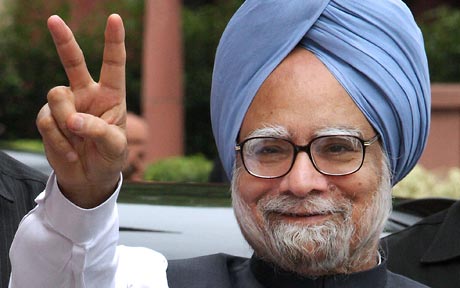 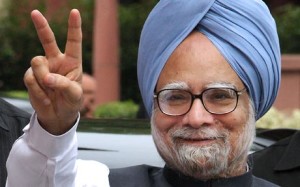 President Morsi’s state visit to India has been marked by the signing of multiple pacts in different domains to take their bilateral relation and cooperation to “another level”. Prime Minister Manmohan Singh said talks were “extensive and very productive” pointing out that they both have enormous potential for deepening cooperation across the full spectrum of ties.
The two countries have agreed to strengthen their cooperation in information technology, services, electronics, small and medium enterprises, manufacturing, fertilizers, and renewable energy. Cyber security was also part of their signed agreement with the Middle East and North Africa experiencing rising cyber attacks.
Egypt’s location is also of interest to India and Prime Minister Manmohan Singh stated that economic partnership has “rich possibilities”. It considers the North African country to be the trade gateway between Asia and Africa. The availability of skilled human resources is seen as advantage to attract Indian businessmen and investors.  He said that they have “also agreed to foster productive partnerships in socio-economic development programs, skill development, higher education, agriculture and health care.
Morsi and Singh also took their time to discuss security in the region after concluding their agreement on defense exchanges and co-operation to stand against climate change and terrorism and promote food and energy security. “We agreed to intensify our efforts on issues that affect developing countries, and increase our co-operation and co-ordination in various international forums, including the United Nations, G-77 and the Non Aligned Movement,” the Indian prime minister said.
Finally they showed their solidarity to the people of Palestine and the need for a peaceful resolution to the Syrian crisis.
Singh welcomed Morsi for his visit saying it’s a “reflection of his personal commitment” despite the Egyptian crisis while Morsi called him a “noble brother”.

North Africa Post's news desk is composed of journalists and editors, who are constantly working to provide new and accurate stories to NAP readers.
NEWER POSTAlgeria: Lafarge planning to establish a research laboratory
OLDER POSTMorocco-Africa: the Human Face of a Cooperation