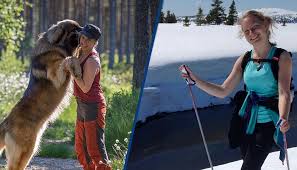 A Moroccan court decided Thursday to postpone until May 16 the hearing of the case against the suspects involved in the killing last December of two Scandinavian tourists in the High Atlas mountains.

A total of 24 persons, including a Spanish-Swiss convert to Islam, are expected to appear before a criminal court in the city of Salé (near Rabat).

The defendants are accused of several charges including promoting terrorism, forming a terrorist cell and premeditated murder. Three main defendants, accused of direct involvement in the murders, could face capital punishment.

The murder of Louisa Vesterager Jespersen, a 24-year-old Danish student, and her Norwegian friend, Maren Ueland, 28, sent shockwaves across the country and trigged unprecedented chain of solidarity with the families of the victims.

This horrible crime was unanimously condemned by all components of Moroccan society, including Govt officials, political parties, artists, NGOs, media outlets, sportsmen, local communities, academics, intellectuals, foreign tourists …
Moroccan authorities captured quickly the killers involved directly in the appalling double murder.
Aged between 25 and 33, the killers pledged allegiance to the Islamic State group in a video made a week before their crime.

Moroccan investigators believe the main defendants acted on their own initiative, despite their allegiance to the ISIS terror group. They had no contact with the jihadist group in conflict zones.

According to Moroccan authorities, the killers had headed to the Imlil area with the intention of committing a crime but without prior selection of their target.

North Africa Post's news desk is composed of journalists and editors, who are constantly working to provide new and accurate stories to NAP readers.
NEWER POSTAeronautics: Bombardier to Sell its Plants in Morocco & Belfast
OLDER POSTOmar Hilale: Polisario Must Understand the world has Changed