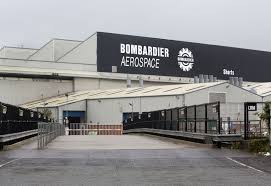 Aeronautics: Bombardier to Sell its Plants in Morocco & Belfast

The Canadian aerospace firm Bombardier is to sell its aerostructures businesses in Morocco and Northern Ireland within the frame of the company’s new strategy aimed at consolidating all its aerospace assets into a single and integrated business.

In a statement released Thursday, Bombardier announced “the strategic formation of Bombardier Aviation, consolidating all aerospace assets into a single, streamlined and fully integrated business”.

“As a result, Bombardier will pursue the divestiture of its Belfast and Morocco aerostructures businesses”, said the Canadian company while unveiling 1st quarter 2019 financial results.

Commenting this consolidation, Mr. Alain Bellemare, President and CEO of Bombardier, said “with our clear vision for the future of Bombardier Aviation, we will focus our aerostructures activities around our core capabilities in Montréal, Mexico and our newly acquired Global 7500 wing operations in Texas”.

As the Company moves to optimize its global manufacturing footprint, Bombardier “will pursue the divestiture of the Belfast and Morocco aerostructures businesses. These are great businesses with tremendous capabilities”, added Mr. Bellemare.

In 2013, Bombardier began operating out of a transitional facility located at the Mohammed V International Airport in Nouaceur in the Greater Casablanca region, where the company is producing structures including flight controls for the CRJ Series aircraft.

Morocco’s aerospace sector is growing rapidly and aims to generate a turnover of $2.8 billion and create 23,000 jobs by 2020. This industry employs over 15,500 people in the North African Kingdom, which seeks to push up exports to $1.6 billion per year and increase the percentage of locally-produced or assembled components.

About 130 international companies are operating in Morocco, which ranks 15th worldwide in terms of attracting aviation industry investments.