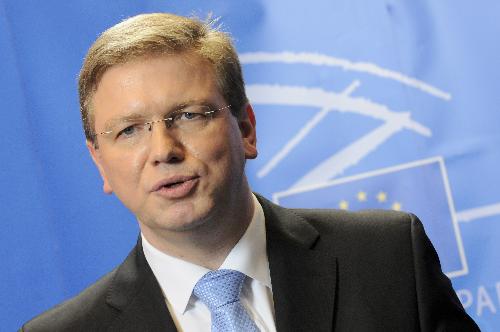 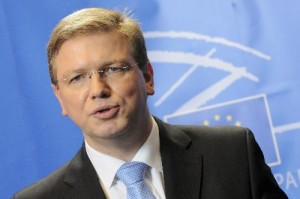 Štefan Füle, Commissioner for Enlargement and European Neighborhood Policy, has become the first highly positioned European Union (EU) representative to visit Tunisia and have a discussion with the new government.
At the end of his visit, he said the EU will support the country’s transition period after signing an agreement to finance social programs aimed at promoting freedom and development.
Commissioner Füle assured the new government led by Prime Minister Ali Laradayeh that the EU will continue “to stand at the side of the citizens of Tunisia in the important, difficult but also rewarding process of transformation.” He said they are willing to support reforms in the country after concluding more than €2 billion worth of financial support to two projects.
€550,000 will be allocated in the North-East of Tunisia, in the governorates of El-Kef, Jendouba and Béja. It will be dedicated to fighting against gender based violence through awareness programs and offering help to victims. Another €1.8 million was agreed with UNICEF to improve the performance of the justice sector with regards to juvenile delinquency. It is also a support program during judicial procedures, incarceration and their eventual integration into the society.
Shortly before his departure, the EU commissioner highlighted that Tunisia needs investments and the development of its tourism. He stated that the ultimate way is by concluding trade agreements among others to restore the confidence of investors and boost the country’s exportations.
He finally called on the government to organize parliamentary elections within a new legal framework to consolidate fundamental freedoms and set the long term vision for the country. Tunisia has undergone a socio-political revolution but its economy has been dealt a heavy blow as part of the consequences which has been very difficult for the government to remedy.

North Africa Post's news desk is composed of journalists and editors, who are constantly working to provide new and accurate stories to NAP readers.
NEWER POSTMorocco-Africa: the Human Face of a Cooperation
OLDER POSTMauritania/Algeria: the High Joint Cooperation Commission