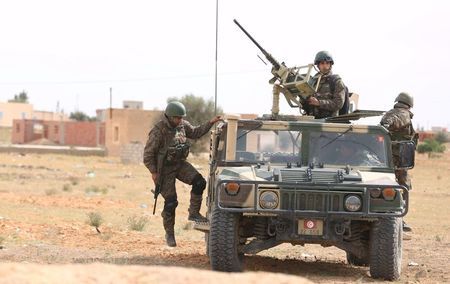 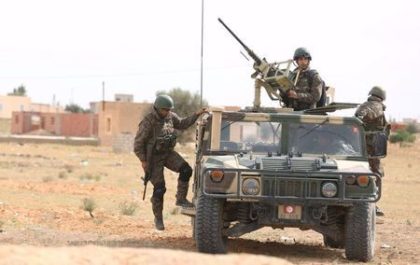 A soldier died Friday in the blast of a land mine allegedly planted by an al-Qaeda-linked terror group, in the restive mountainous region of Kasserine region, according to statement by the Defense Ministry Saturday.

The incident, which happened during army routine patrol, in the region near the Algerian border, also wounded three other soldiers according to the statement.

The slain soldiers was 26.

The military operation to track down terrorists is ongoing, said the Defense Ministry.

Okba Ibn Nafaa, a local affiliate of al-Qaeda in the Maghreb (AQIM) using the area as it bastion, claimed responsibility for the attack.

The terror group said the attack was a reprisal of the killing of one of its fighters in Nebeur, Tunisia, on April 23.