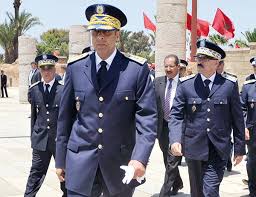 The Paris-based Pan-African weekly magazine Jeune Afrique has nominated head of Morocco’s internal security among top 100 most influential Africans for the name the man made for himself in the fight against terrorism.

Abdellatif Hammouchi, who also heads the kingdom’s powerful FBI-style Central Bureau of judiciary investigation (BCIJ), features in the ranking for his outstanding achievements at home and internationally, the magazine says.

Dubbed “the nightmare of terrorists” by Jeune Afrique, Hammouchi this month received accolades from as far as Asia as he helped Sri Lankan authorities identify the terrorists who slaughtered over 350 people in multiple attacks on hotels and churches on Easter Sunday.

The magazine stresses that Abdellatif Hammouchi has also managed to reconcile the citizens with their police.

Actually, since his appointment as head of the national and then territorial security (DGST & DGSN), he initiated a vast reform of the security system that did not consist only in a factual, material, logistical and human repositioning, but also sought to strengthen infrastructures and upgrade technological equipment worthy of a modern police. He also introduced a fundamental change of minds and new ethics to bring the police closer to citizens.

The now-powerful man and his institution had also offered tip offs in the past that helped Spain, France and Belgium ward off terrorist attacks and arrest terrorists.